Coming to video on December 14th from Microcinema, after a multi-city tour with Director Alex Cox. The film, originally released in in 1986, has been remastered in HD with enhanced gunfire, blood splatters and more from the crew at Collateral Image. There's also some new footage, including three stop-motion animated shots by me. 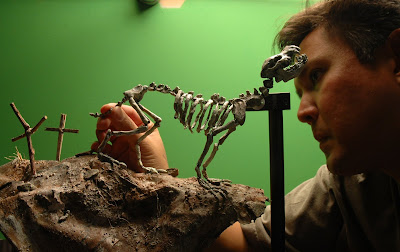 Production photo of the first of the new stop-motion shots. 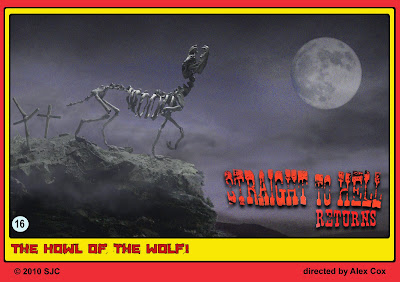 The final composite framed as a "trading card" in true 80's aesthetic. 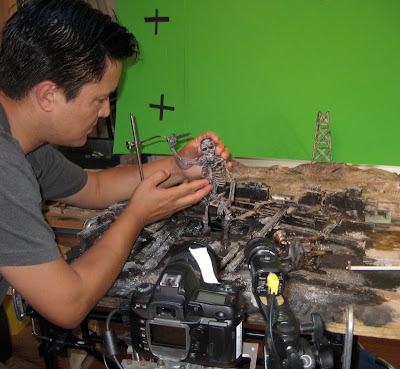 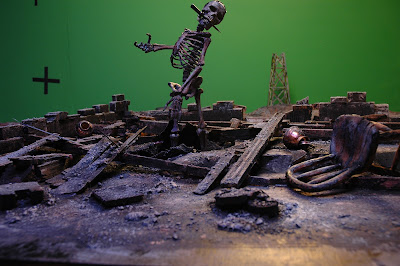 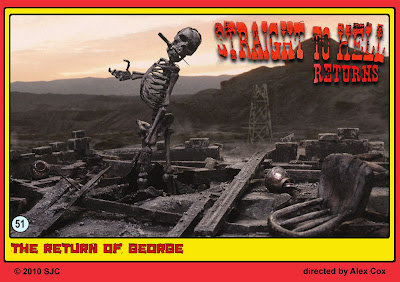 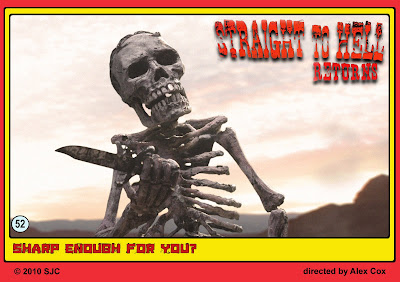 The final close-up of George. 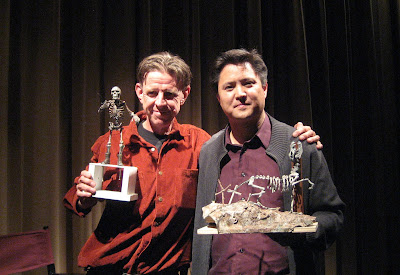 From the Nov. 1 screening at the Rafael Film Center.

2011.11.19 - at The Billy Wilder Theater at the Hammer Museum in Westwood, Los Angeles. L-R: Del Zamora, Alex Cox, Dick Rude, the moderator from UCLA who I will identify soon, Miguel Zandoval, James Fearnley, Sy Richardson. In the foreground are the puppets from the three stop-motion shots that I did for the new release. 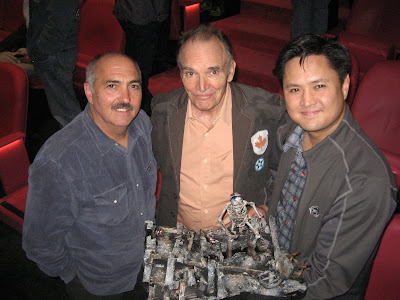 Miguel Sandoval, Tom Bower and me with the puppet of Miguel's character from "Straight to Hell Returns"