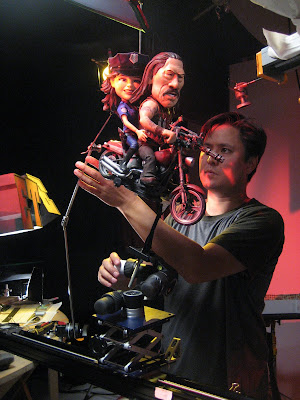 This is a production photo from one of the three shots that I animated for the "Machete" Brisk commercial. Photo by Dick Kaneshiro, who assisted with the animation for this shot. This is part of a multi-spot ad campaign, so more to come...
Posted by Webster Colcord at 12:41 PM No comments: 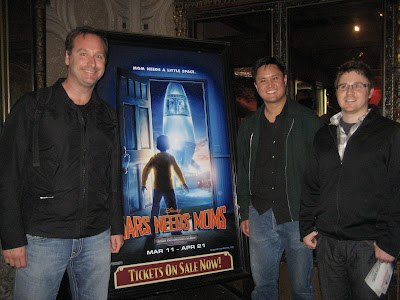 L-R: Guido Muzzarelli, me and Bryon Caldwell outside of the El Capitan Theatre on Hollywood Blvd after the crew screening of "Mars Needs Moms". 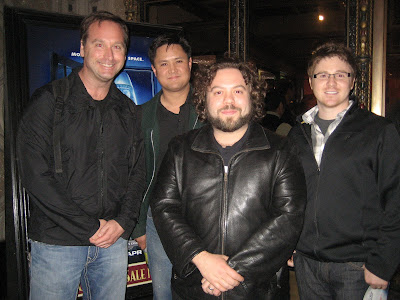 L-R: Guido Muzzarelli, me, Dan Fogler (who plays Gribble in the movie) and Bryon Caldwell. 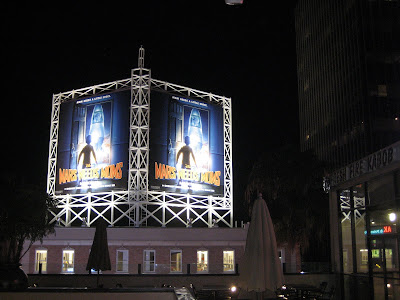 Kong-sized billboard on the rooftop across from the Kodak Theatre building on Hollywood Blvd.
Posted by Webster Colcord at 4:26 PM No comments:

I just recently returned from Burbank where I worked on a stop-motion Christmas episode of the NBC show "Community". NBC is hosting the episode streaming on their site, and I've embedded it below. It was an incredibly compressed schedule for the amount of work (22 minutes in six weeks) but somehow the team pulled it off. I animated about 12 shots during my two-week stint on the show.

Here's a clip in which Joel McHale talks about his puppet:


Below are two production photos: 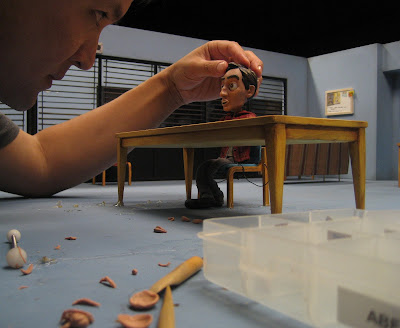 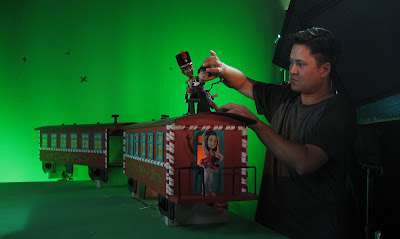