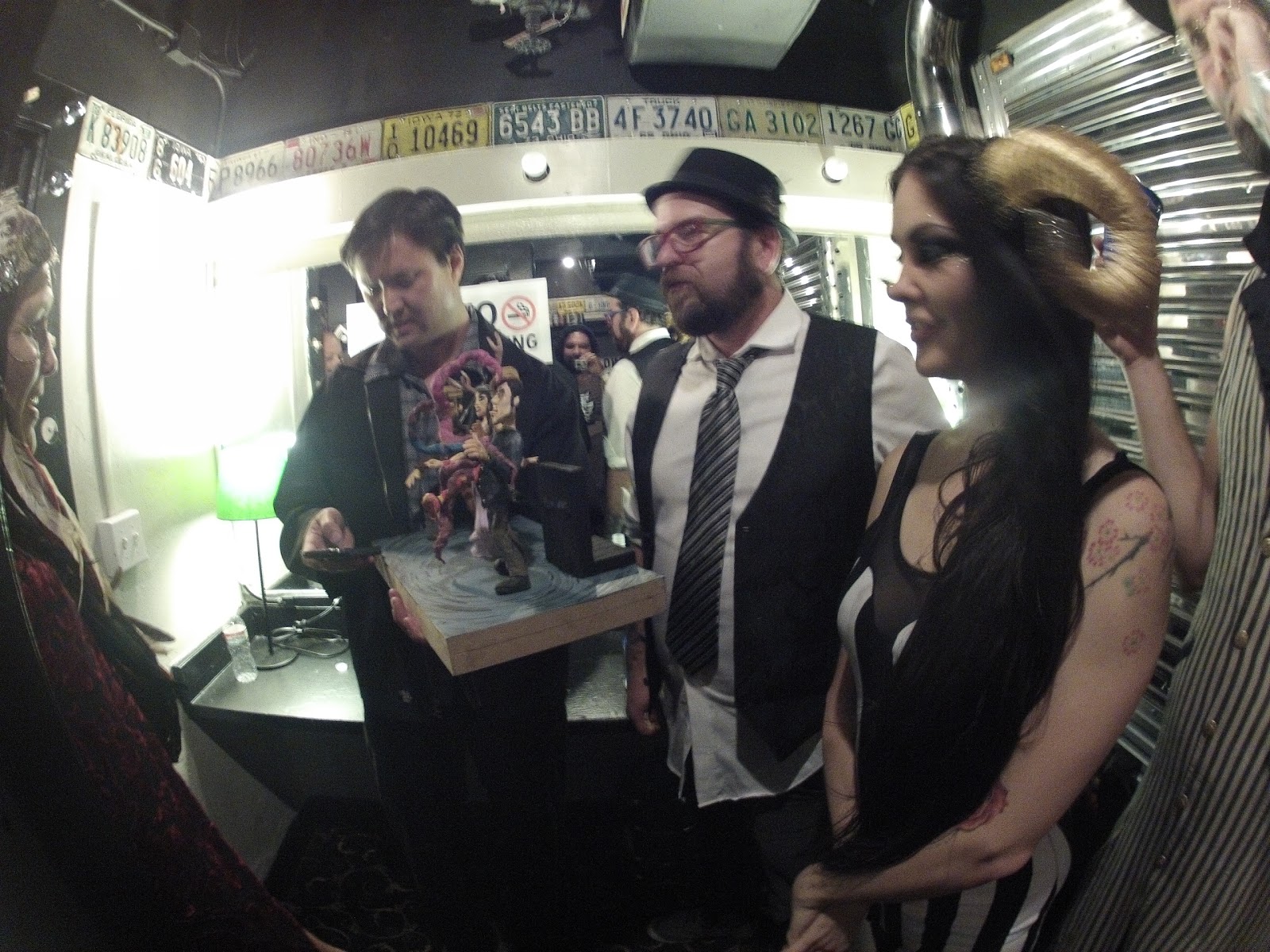 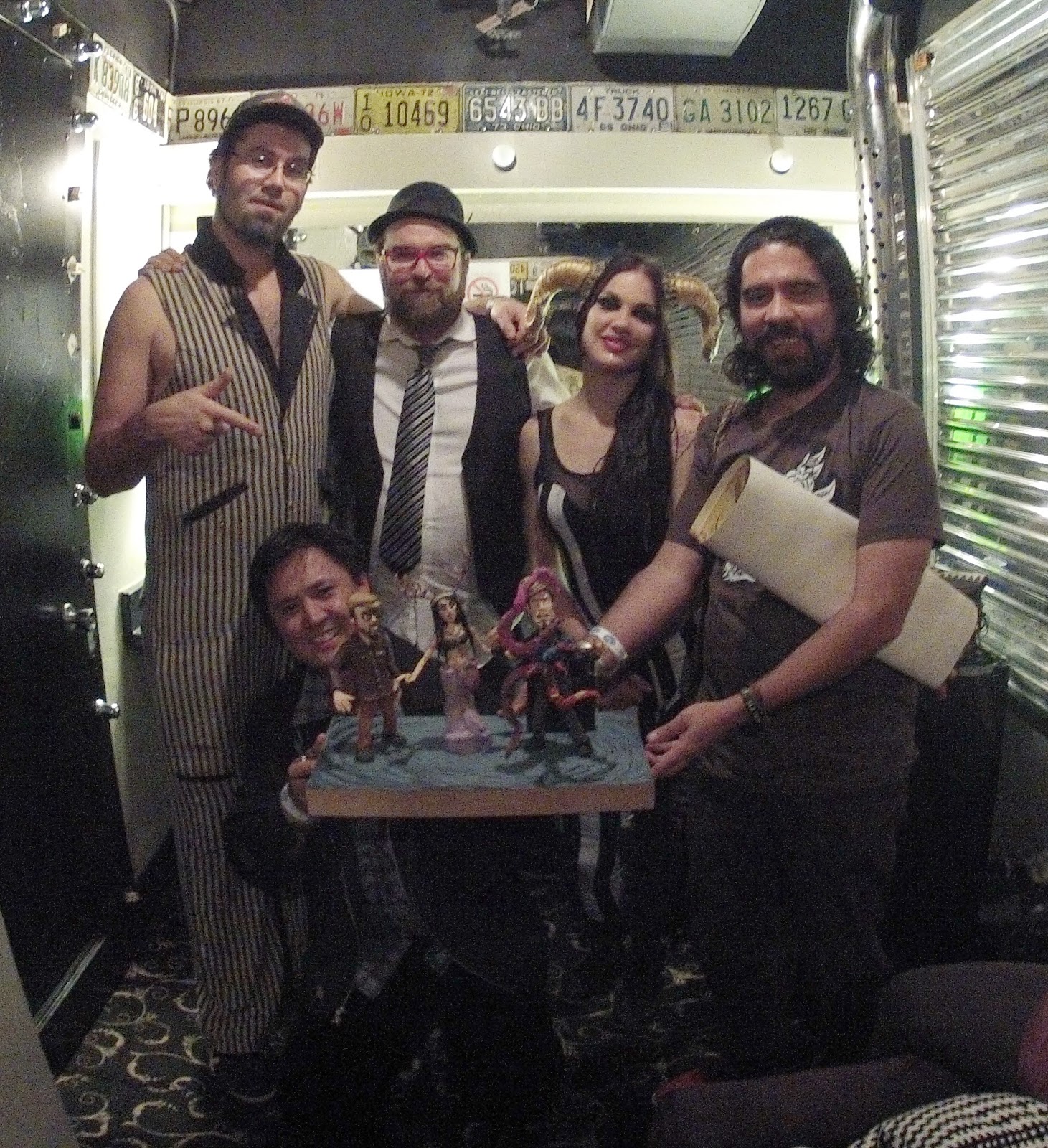 The music video/concert film that I just finished animating for Beats Antique and director Ivan Landau is going live today at FUSE TV.  I was able to produce it with generous help from the owners of Shadow Machine, with sculpting assistance from my friends Edgar Humberto Alvarez and Rich Zimmerman.  I also re-used an old puppet that Damon Bard and Lionel Orozco helped build (a robot) and a record store set built by Dave Waddle a number of years ago.  I'm looking forward to seeing it in front of a live audience when their concert comes to Hollywood next month. 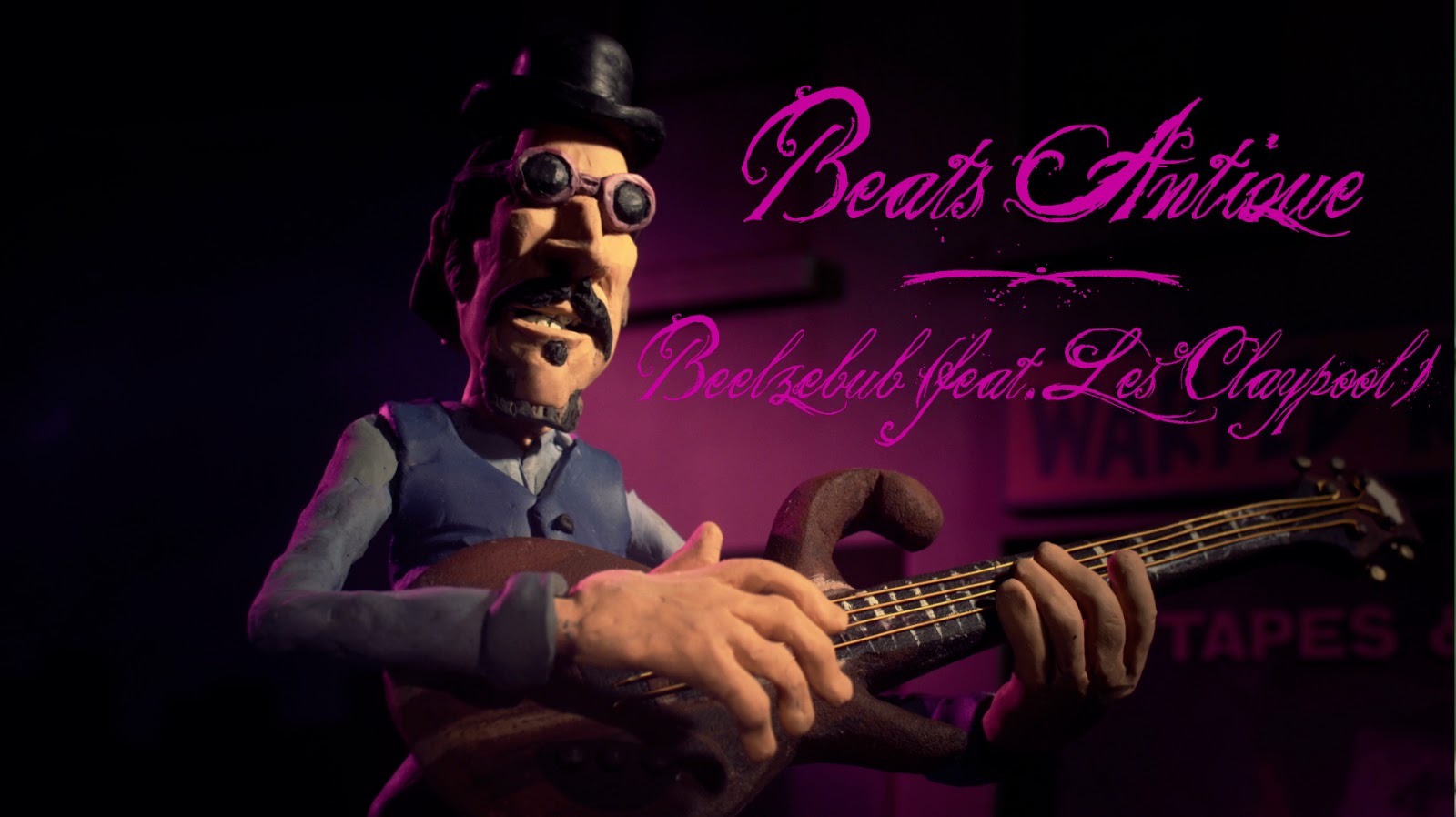 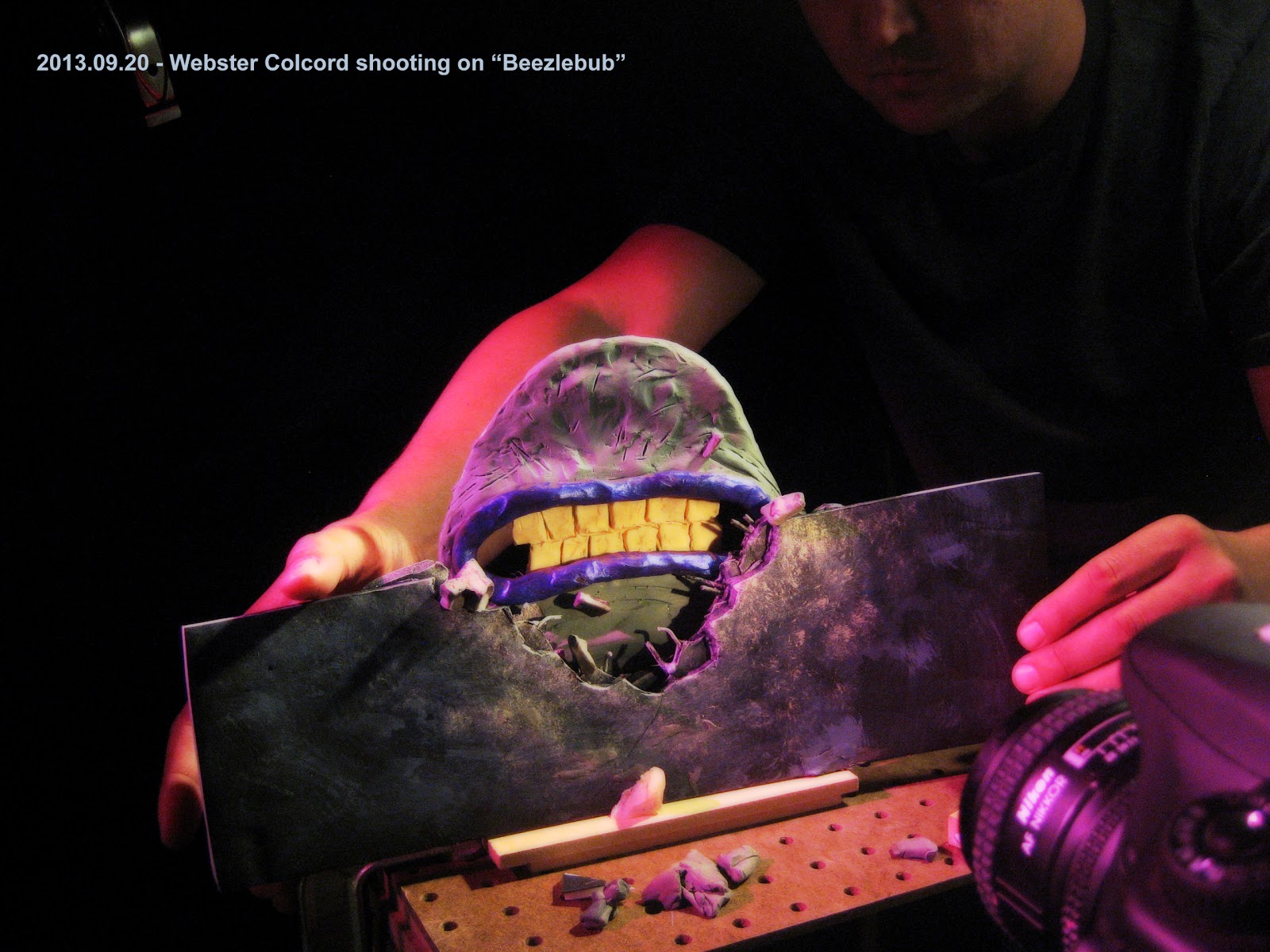 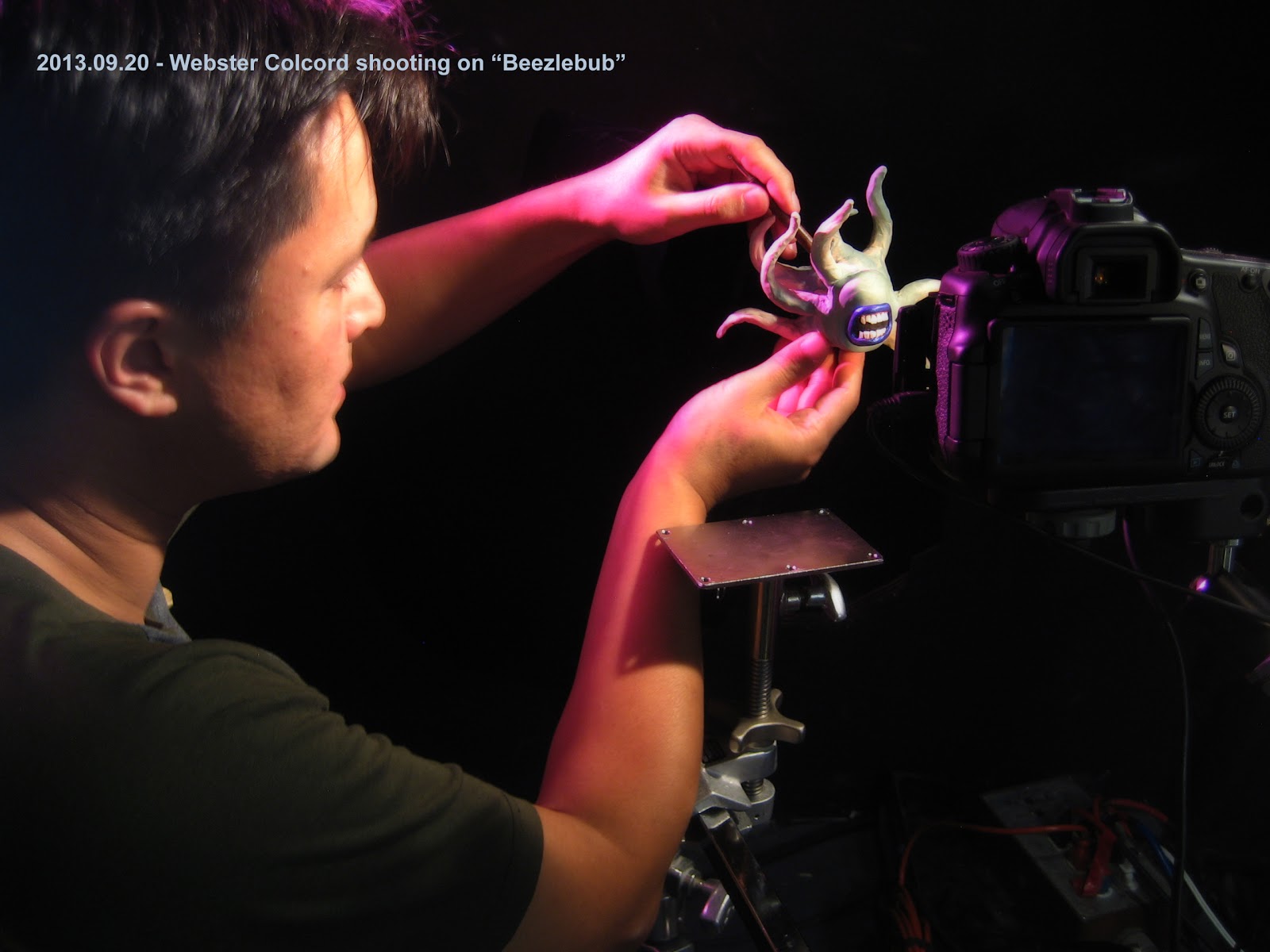 Posted by Webster Colcord at 1:58 AM 3 comments:

2013.09.13 - photos by Ivan Landau from Beats Antique concert rehearsal, showing images from the music video I just finished as they are projected onto the stage during the live performance.  Click on each for the larger view. 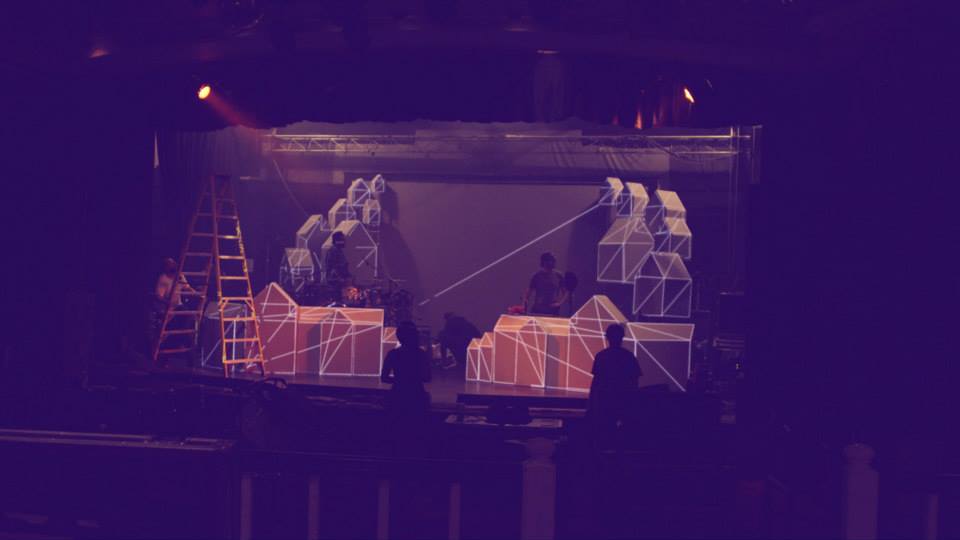 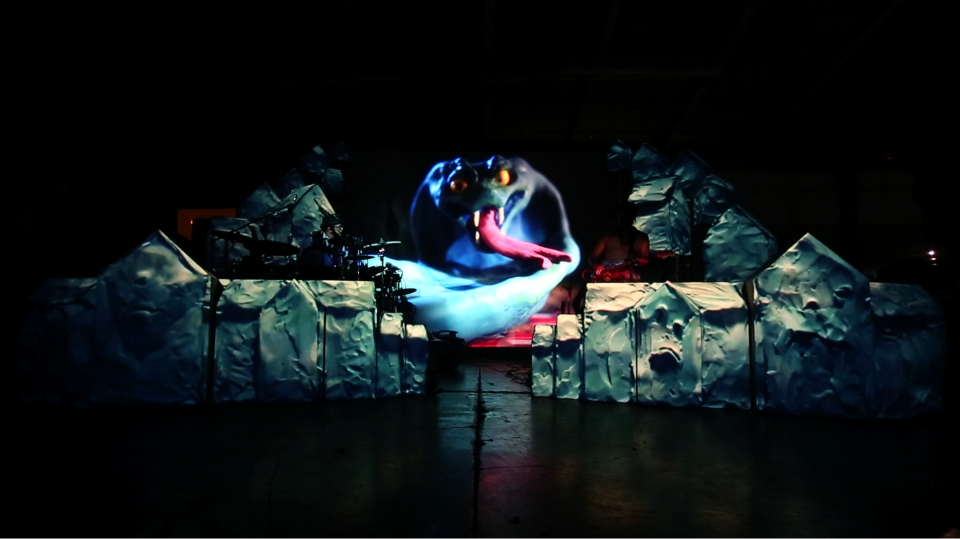 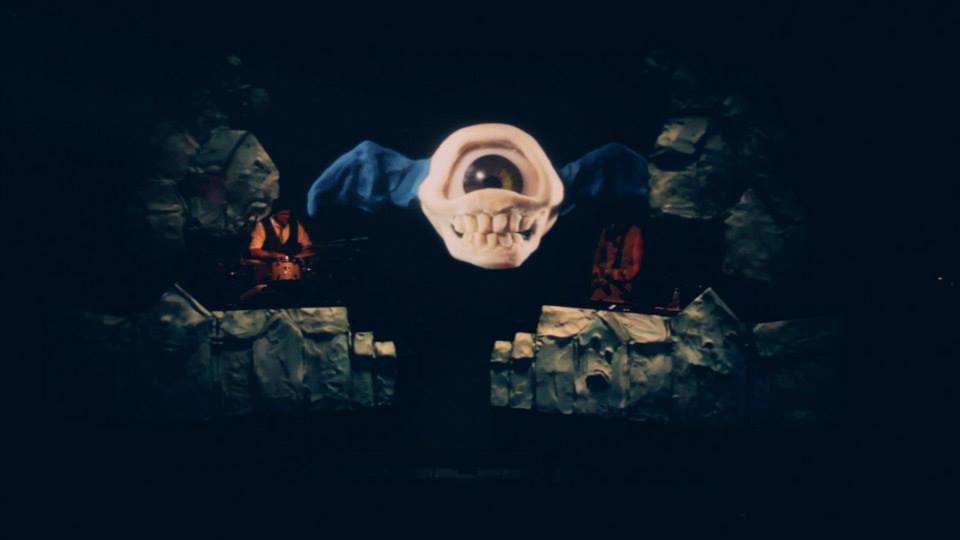 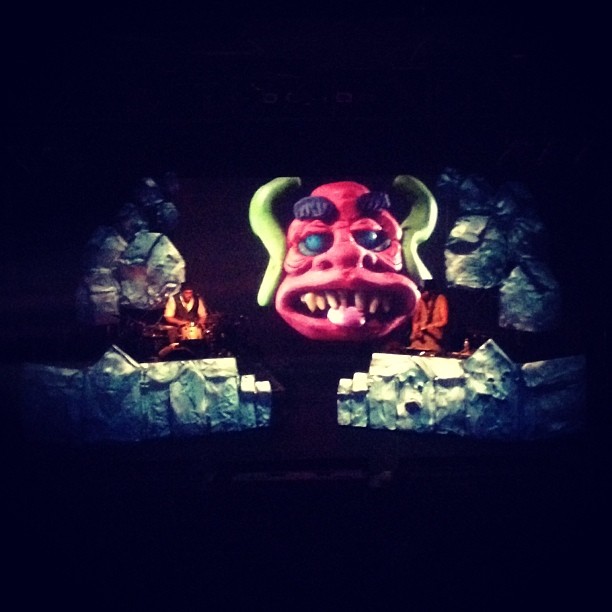 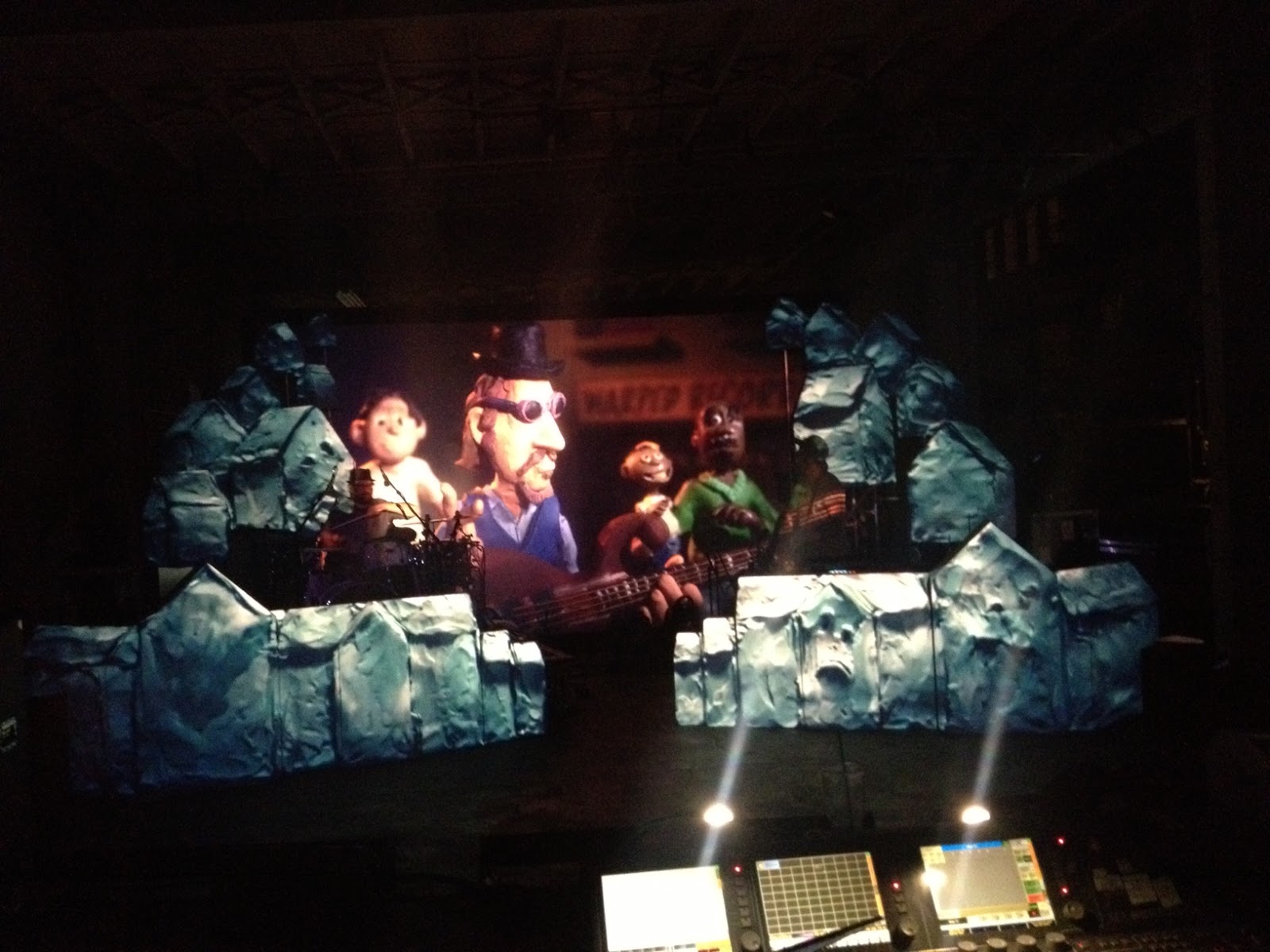 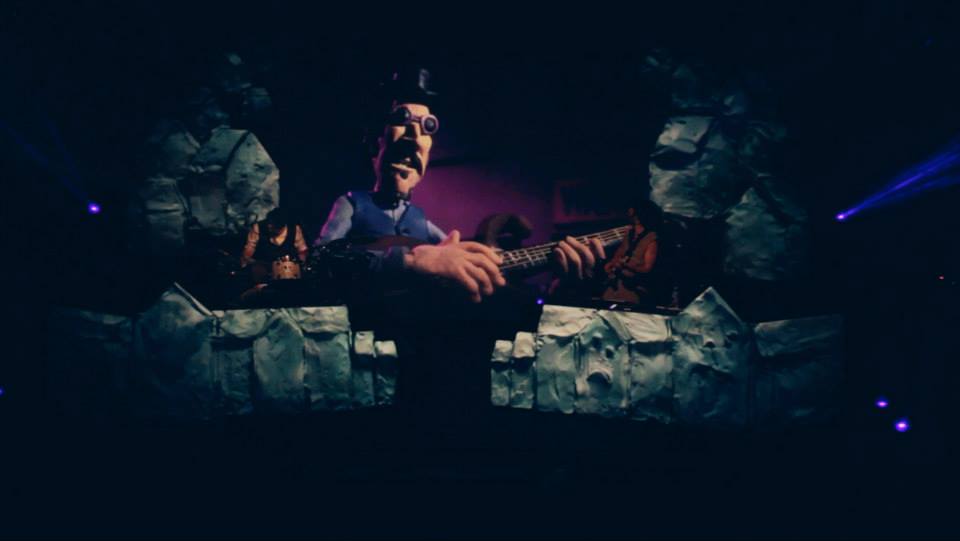 Posted by Webster Colcord at 12:31 AM No comments:

Here's a teaser for the big clay animation project that I've been working on independently, using a space at Shadow Machine.  The director is Ivan Landau, whom I worked with at The Orphanage in San Francisco, and the whole project is being produced through a company that does large-scale projection mapping, Obscura Digital.

Ivan is giving me a lot of freedom to put wild images on the screen as I see fit, and I'm using a lot of old characters that I've had in boxes for years.  I've also been doing a lot of previs off-and-on while working on this.  I'm featured in the video below and there are clips of some of my animation.  More info and pictures to come.

Posted by Webster Colcord at 10:17 PM No comments:

Since I finished working on "Ted" in early 2012, I've been keeping busy with both stop-motion and previs projects in Los Angeles.  I had a little time in-between shows to cut together a reel of my some of my postvis work from the movie.  This includes temp Ted shots and a few of the temp VFX shots that I did (sky replacements with shooting stars, a photo replacement). There's no accompanying music our sound fx, just intermittent dialogue.  Also, VFX supe Blair Clark asked me not to do any lip-sync for Ted, so it's just facial expressions. 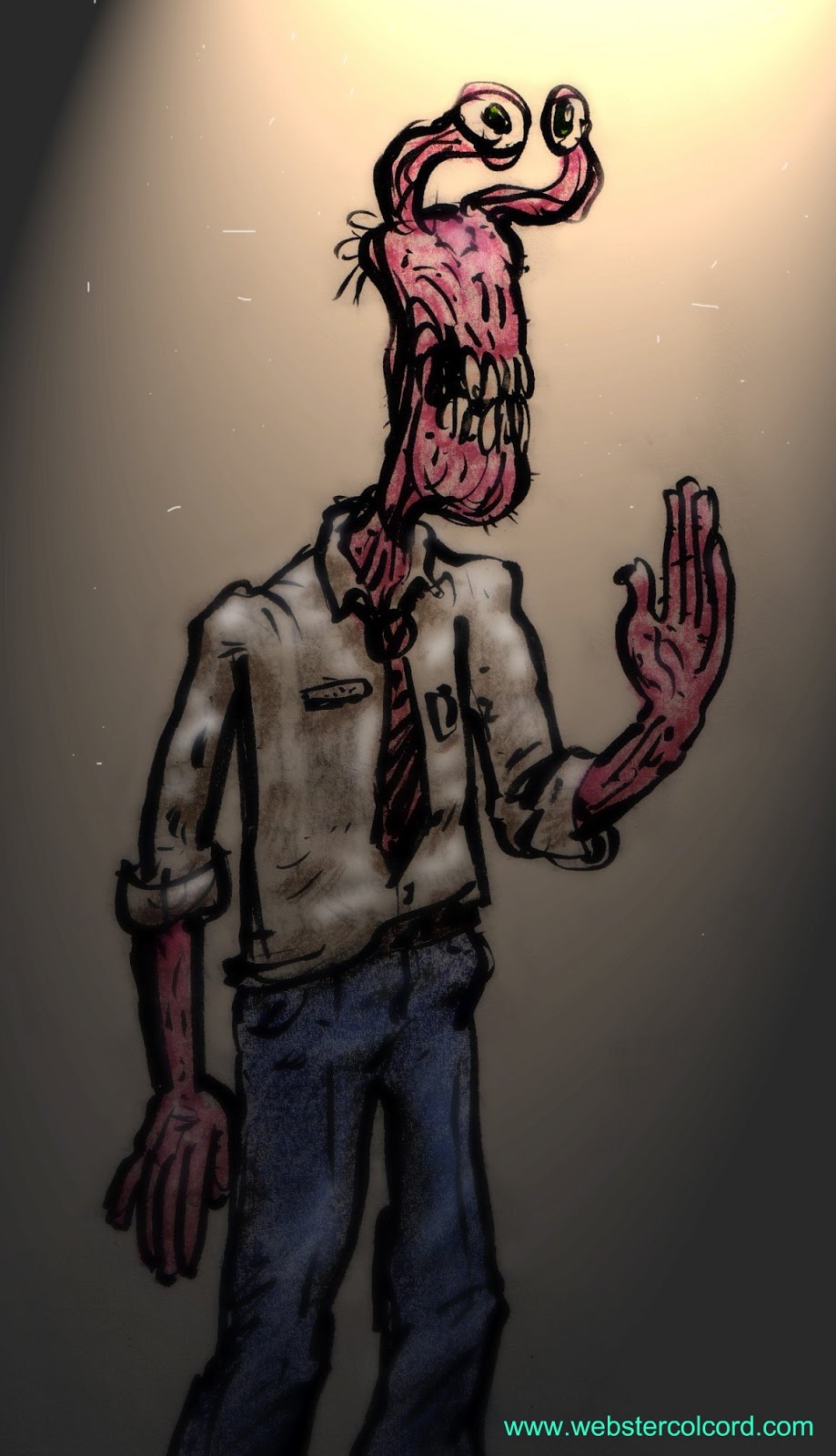 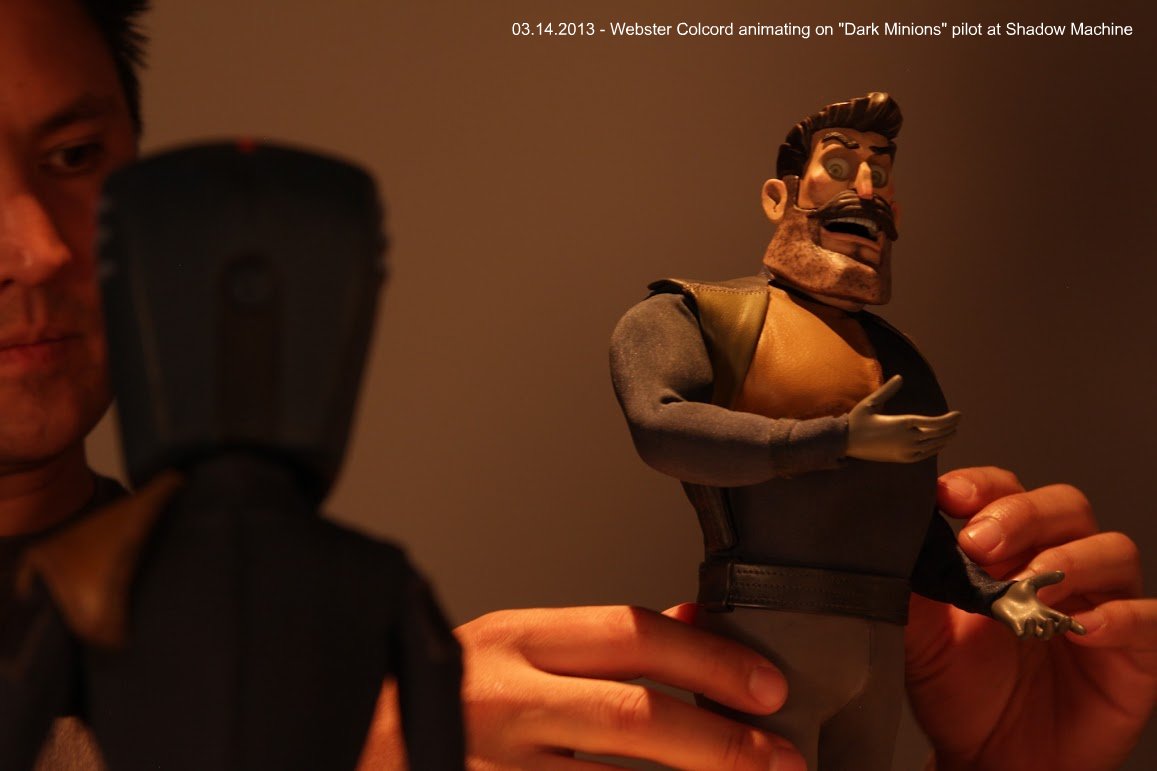 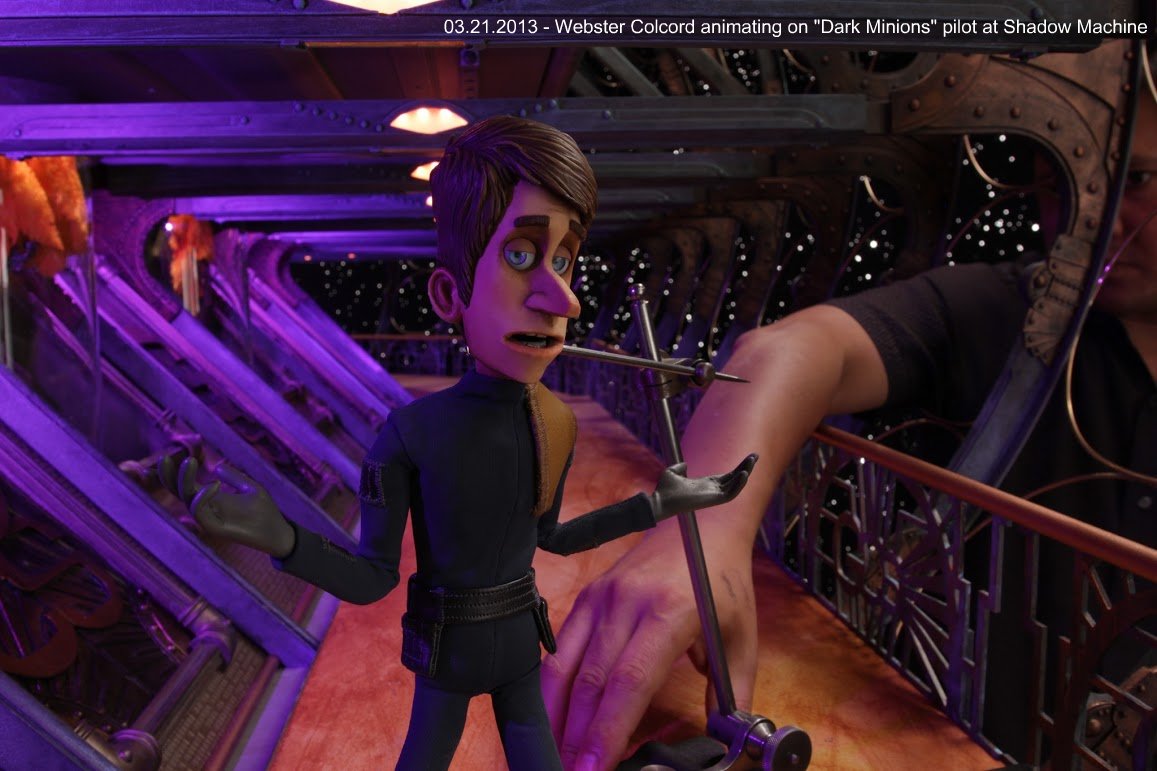 Amazon has released the pilot episode of "Dark Minions".  Viewers can post their reviews to get it greenlit for a series.  I worked on this at Shadow Machine, it's mostly an animatic with about 7 minutes of finished animation.  Trailer below, watch the pilot here:  Dark Minions on Amazon Prime

Posted by Webster Colcord at 10:45 PM No comments:

Shot some clay-on-glass animation today for a personal project on a spare stage at Shadow Machine. This is an element that will be composited into a live action shot for a documentary. The smudges on the glass won't show up because it was shot frontlight/backlight, which means that there's a perfect silhouette for each frame of the animation.

I animated this mechanical contraption on Tuesday for Justin Kohn's "War of The Worlds" project at Chiodo Bros studio in Burbank. Justin made the puppet, which is quite a tricky thing to animate - for one thing, it's extremely heavy! I think the best shot done so far was one that Justin animated last year, here's a link:  Justin Kohn Martian Walker shot 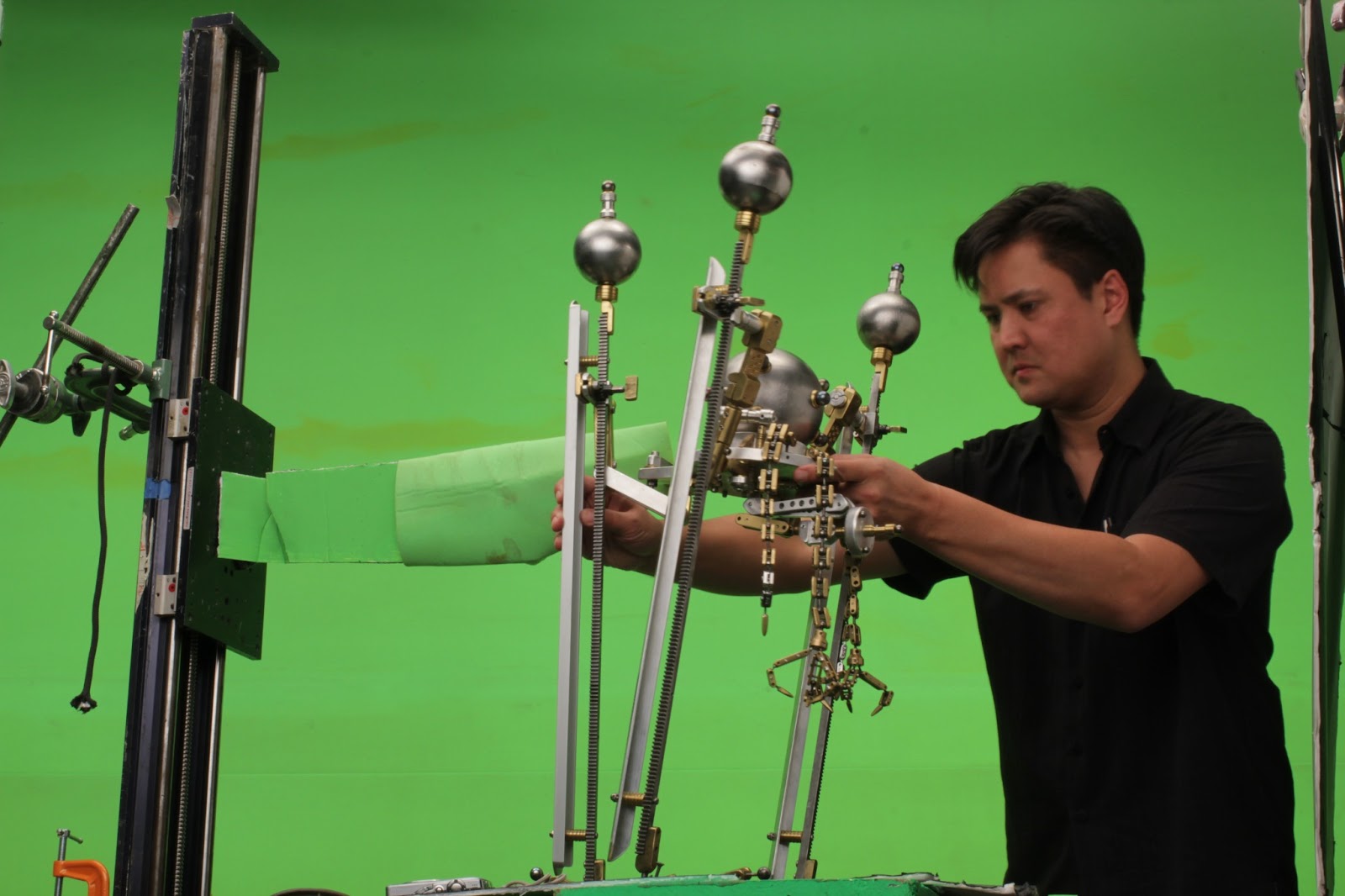 Posted by Webster Colcord at 11:45 AM No comments:

I did the mocap record/delivery of Seth for this Ted appearance at the Oscars. Would love to post a still from the shoot but it would get me in trouble:  Ted On The Oscars 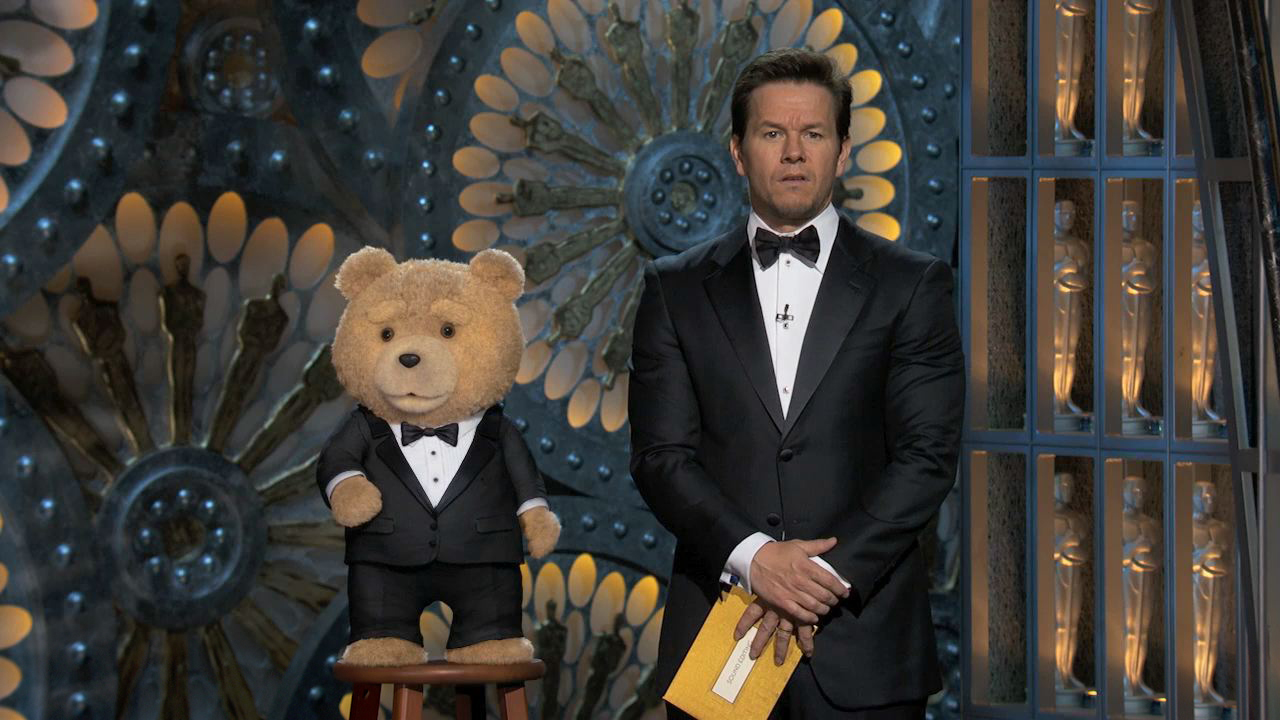 Posted by Webster Colcord at 9:42 PM No comments: