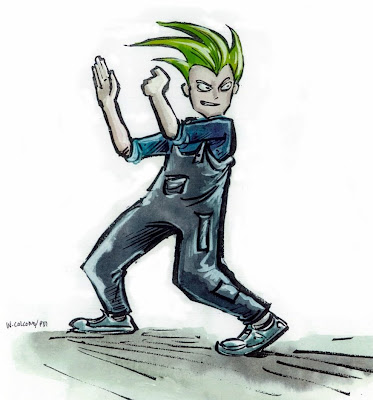 
Here's the final spot, which ended up being done almost completely by one artist (I think mostly for budgetary reasons) - I didn't work on it as an animator but I enjoyed working on the design.
Posted by Webster Colcord at 5:14 PM